Several years ago, I went on a somewhat fanatical quest to find a satisfying version of what I called a “metacookbook”—a book that doesn’t just list out recipe instructions, but also explains the thinking behind them.

The food journalist Priya Krishna and David Chang, the founder of the Momofuku family of restaurants, have together written a charming new entry in this subgenre, Cooking at Home: Or, How I Learned to Stop Worrying About Recipes (And Love My Microwave). The book’s “recipes-that-aren’t-really-recipes” tend to forgo precise measurements of ingredients and time, and instead emphasize intuition, personalization, and experimentation. Krishna and Chang provide a set of adaptable culinary blueprints for readers to iterate on—for instance, a general formula for cooking a cheap cut of meat or whipping up a vinegary condiment—and envision a recipe not as “a rigid instruction manual, but a Mad Lib.”

On a Dungeons & Dragons–style alignment chart, Cooking at Home would be “chaotic good.” It is casual, encouraging, eclectic, digressive, and not at all preoccupied with the “right” way to cook. The pair embrace microwaves and frozen vegetables, and Chang writes that when cooking for his family, his mission is “to create something as delicious as possible, in the least amount of time possible, while making as little mess as possible.”

Read: The why of cooking

I recently spoke with Krishna, a food reporter for The New York Times and the author of Indian-ish: Recipes and Antics From a Modern American Family, about writing recipes that don’t come off as a series of commandments, as well as the gap between how home cooking is portrayed in food media and how it actually plays out in people’s kitchens. The conversation that follows has been edited for length and clarity.

Joe Pinsker: Your book has a section about the glory of microwaves. What makes them so great?

Priya Krishna: I grew up in a house where we had two microwaves and they were used really frequently, not just for heating up food, but for making potatoes, making rice, making dishes like pulao. My parents both worked and my mom was super busy, but she loved cooking, so she was always seeking out these shortcuts and cooking things in the microwave. My mom taught me that there’s no shame in creating shortcuts and giving yourself a break. And to this day, I don’t like spending hours in the kitchen accumulating [dirty] dishes—I love efficiency. In Indian-ish, there are microwave instructions for things like rice and potatoes because that’s how my family does it.

It really does save so much time, and I absolutely hate cleaning stuck-on rice from a pot. Instead, you could just shove [the rice] in the microwave and forget about it until the rest of your meal is ready. You can watch potatoes boil on a stovetop for 25 minutes, or you can stick them in the microwave for five minutes. I don’t know why anyone wouldn’t do the latter.

Pinsker: Why do you think some home cooks underrate—or even sneer at—microwaves, frozen vegetables, and other kitchen conveniences?

Krishna: There’s a real romance people associate with buying fresh vegetables from a farmers’ market and lovingly preparing them over a stovetop. And that’s great, but for me that almost feels like it belongs to another era. Some people look down upon anything that goes against a scratch-cooking mentality. I worked in food media, and in the places where I worked, I didn’t see people using frozen vegetables or microwaves. So I also think institutions and publications are not pushing those things, so maybe that’s why more cooks aren’t using them.

Read: The myth of ‘easy’ cooking

Pinsker: There’s a line in Cooking at Home about how you can speed along a frozen pizza by starting it off in the microwave and then finishing it in the oven, which got me thinking about the borders that people draw around what qualifies as “cooking.” Like, is what you do to that pizza considered cooking?

Krishna: I think we need to stop obsessing over what counts as cooking. If you’re putting a meal on the table at home that you prepared, it’s cooking. It doesn’t matter if you heated something up in a microwave or if you roasted an entire chicken—it’s cooking. In this age of Instagram and making food look beautiful and promoting an aspirational lifestyle, we’ve kind of abandoned the value of practicality.

It was refreshing to work on a project where that was the guiding principle. We didn’t hire a food stylist for the photography, because we wanted to show the food as it would exist in real life, not some superlative version of it that may be really hard for a home cook to re-create.

Pinsker: How do you think about the contrast between how home cooking gets represented in food media and cookbooks and how it actually ends up playing out in reality?

Krishna: In food media, there is an obsession with making food look perfect, which is something you can do with styling and tweezing cilantro on top of a dish. Indian-ish was food-styled because we really wanted the food to look dazzling and beautiful. But I think that comes at the expense of meeting people where they are, which sometimes is a kitchen that doesn’t have beautiful light, with less than perfect produce, with herbs that are about to go bad. There’s a real beauty in making something delicious in those circumstances.

Pinsker: Recipes seem like a neutral technology, but you write about how they come encoded with a particular way of thinking about cooking. How so?

Krishna: I had this really interesting conversation with my friend Yewande [Komolafe] about the limitations of the traditional Western way of writing down recipes, with the ingredients and method listed out systematically. For both of us, and for Dave [Chang] too, growing up, recipes weren’t written down—cooking was a tradition that was passed on orally. It was very intuitive. You watched your mom roll a roti and that was how you knew how to make roti. A written recipe as we know it traps you in this sort of white-coded framework. There are a lot of books and sites that do no-recipe recipes—that’s obviously not a new thing—but for us it was about staying true to how we were raised and how we genuinely think that people can become the best, most self-sufficient cooks.

Pinsker: How is a less rigid approach to recipes helpful?

Krishna: I compare it to Google Maps. I’m horrible with directions, and I won’t get better because I have Google Maps—I will always use my phone rather than figuring out how to navigate my way around New York without a map. Recipes are sort of like Google Maps: We rely on them, and therefore we’re not actually getting a lot better at cooking. We’re just getting better at following a recipe.

I do think there is a value in codifying and writing things down, as opposed to solely passing things on via oral tradition. So the way that we wanted to write our cookbook was like, We’re writing these things down, but we’re not writing a recipe as if it’s the last and final word on the topic. I don’t want to completely pooh-pooh the idea of a recipe, but I think we shouldn’t be afraid of playing with the format and making it more dynamic.

​​When you buy a book using a link on this page, we receive a commission. Thank you for supporting The Atlantic.

Wed Oct 27 , 2021
“Delicious Miss Brown” star Kardea Brown has signed a new two-year exclusive deal with Food Network, TheWrap has learned exclusively. As part of the extended pact, the cable channel has renewed Brown’s Southern cooking show for a sixth season, which is beginning production this fall and will debut in 2022. […] 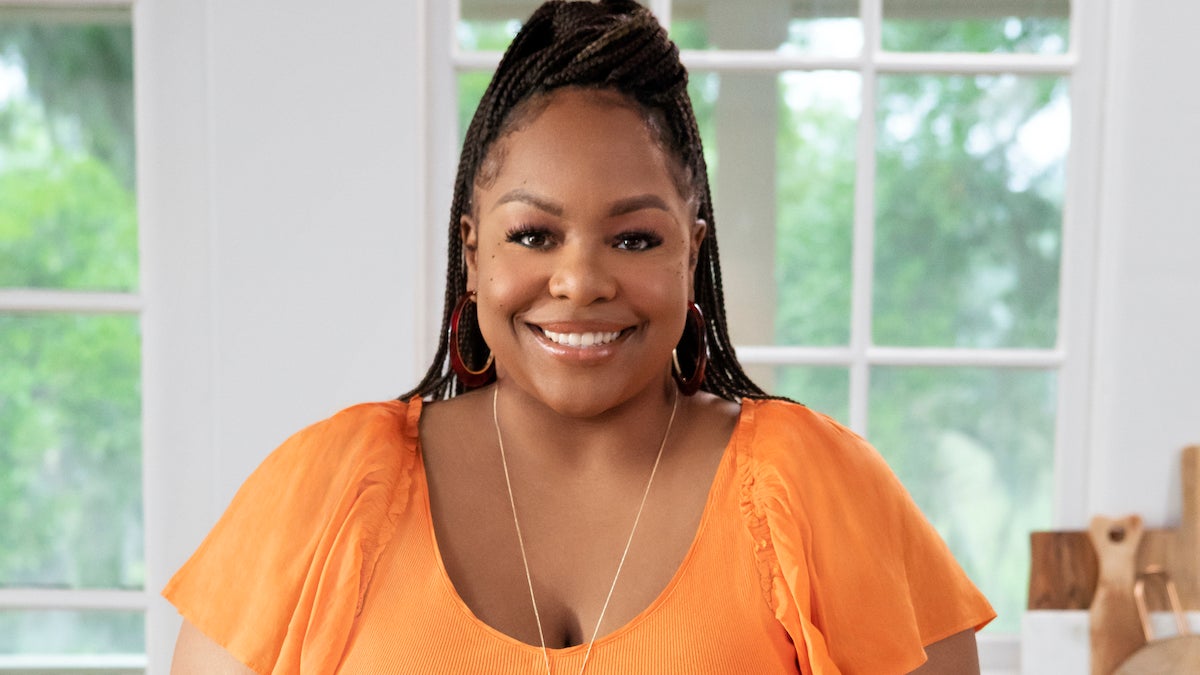