At the Olivewood Gardens & Learning Center in National City, the harvest includes edible flowers, bouquets of herbs, and mountains of ripe fruit and fresh-from-the garden vegetables.

Inspired by a small food revolution that took root in an Olivewood Gardens cooking class, “The Kitchenistas” is being featured at the San Diego Latino Film Festival, where it screens virtually on March 12, and in person at the AMC Mission Valley on March 17 and 19. It is also being shown on March 29 at the San Ysidro Library, in an event that includes a panel discussion and a food demonstration.

Whether they watch “The Kitchenistas” online or in person, San Diegans will be treated to a heart- and soul-warming film spotlighting the Latina-led movement that has brought the wonders of healthy eating and cooking to the National City community and beyond.

“We have gotten feedback internationally and nationally on the love the Kitchenistas have for each other and about the advocacy that starts in small places and grows into something big,” executive producer (and native San Diegan) Mary Ann Beyster said about her documentary, which has screened at the United Kingdom-based Global Health Film Festival, along with festivals in Ojai, Seattle and Eugene, Ore.

“At the Global Health Film Festival, they really liked the message that this is a micro example of what can happen in other communities.”

Located at the former home and garden of philanthropists Christy and John Walton, who donated the property to the International Community Foundation in 2006, Olivewood Gardens launched its nutrition and education programs in 2010.

Beginning with the Children’s Garden and Nutrition Education Field Trip Program, Olivewood introduced school children to organic gardening, environmental stewardship and the miracle that is homegrown produce. Realizing that a young person’s diet depends on the buying, cooking and eating habits of the grown-ups around them, the organization started the “Cooking for Salud” adult-education program in 2013.

The graduates of that first class — all of them Latina mothers — shared what they learned about preparing fresh fruits and vegetables, cooking with grains and giving favorite recipes a healthy makeover with their friends and family. They also worked with members of the next “Cooking for Salud” class, whose graduates went on to do the same thing.

The women became known as “The Kitchenistas,” and their ranks have grown with each “Cooking for Salud” graduating class. There are more than 300 Kitchenistas now, and they do everything from cooking demonstrations for community groups to lobbying school districts to provide healthier lunches.

“It is really, really special. It’s not what you would think of when you read about a nutrition education program,” said Beyster, who released the 24-minute film, “The Kitchenistas of National City,” in 2016, and expanded it into “The Kitchenistas,” which was released last year. Beyster directed the short film, and San Diego native David Romero directed the 57-minute documentary.

“These women meet other graduates or students where they’re at,” Beyster continued. “They are very, very patient. They are uplifting of the individual and the family and the community. I thought this was a great message. It starts with food, but it goes so much further.”

As the film shows, the Kitchenistas are driven to help combat National City’s high rates of obesity and diabetes. They are passionate about helping their children and grandchildren escape the lure of high-sugar sodas and high-fat fast foods. And they do it with love, kitchen smarts and killer recipes for mushroom tacos and cauliflower ceviche.

“The film really shows that sense of commitment the Kitchenistas have, and that sense of cultural roots and culinary roots,” said Dr. Sabrina Falquier, a culinary medicine physician and the vice chair of the Olivewood Garden’s board of directors.

“There is also this colorful and delicious food, and you realize that each dish is scrumptious and craveable, but also good for you.”

To find out just how far a love of food, health and community can take you, just look at Patty Corona.

Her first visit to Olivewood was during a field trip in 2012 with her daughter’s elementary school class. She was so struck by the beauty of the gardens and the kindness of the staff, that she offered to volunteer right on the spot. She was part of the pilot class that became “Cooking for Salud,” and she was one of the original Kitchenistas.

She is now the “Cooking for Salud” coordinator and an outspoken community advocate. She is also one of the featured voices in Beyster’s film, and this is what she wants you to know about the women and the movement that gave the documentary its name.

“Being a Kitchenista means to be a pioneer of a new movement and a new profession and a new way to see our community,” said Corona, who has lived in National City for 20 years. “It doesn’t matter if you are a doctor or a lawyer or a politician or a mother or a grandmother. We all see ourselves as working as a team, shoulder to shoulder.

“We are all the same, and the components that keep us together are the love and the passion we have for what we are doing in our community.”

For information on “The Kitchenistas” at the San Diego Latino Film Festival, go to sdlatinofilm.com

Sun Mar 13 , 2022
Do you often find yourself wondering what food to cook, how to cook it, and even that dreaded question—how much of it? It’s a daily struggle for all of us, but need not be with our food horoscope. Satisfaction is only a click away! Aries You may find yourself with […] 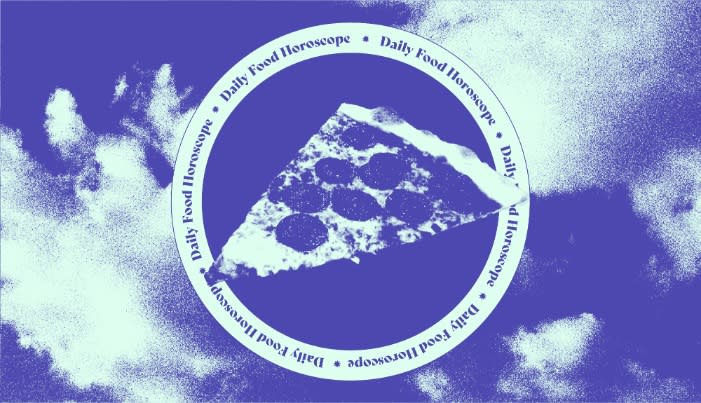