The Great Resignation is showing no signs of slowing down. According to the U.S. Department of Labor, job openings in February remained near record levels, with businesses looking to fill more than 11 million open positions. Nowhere is that need more deeply felt than in the fast-food industry. Even business titans like McDonald’s and Starbucks have been forced to do the previously unthinkable: reduce operating hours primarily due to staffing troubles.

Restaurants have tried everything to attract workers, from higher wages to next-day pay. But these jobs continue to go unfilled. Between the growing demand for restaurant workers and the stagnant labor pool, experts predict a shortfall of 3.7 million workers. This shortage is straining what are already razor-thin margins.

That’s why Miso Robotics has built a thriving new business around answering a simple question: could robots be programmed to work alongside chefs in a commercial kitchen?

Miso says absolutely. And it starts with creating a line of kitchen robots that automate almost all the components of standard fast-food meals. The company’s flagship creation, Flippy, is engineered to fry nearly anything. Its compact, modular design makes it adaptable to even the tightest kitchen spaces.

And, as expected, that level of speed and efficiency is an eyecatcher for some of today’s fast-food producers. Named one of the 10 most innovative companies in North America, Miso is already forming partnerships that aim to revolutionize the $73 billion fast-food industry. That includes an $11 million deal to bring Flippys to Caliburger outlets in 50 international locations. Meanwhile, White Castle was so happy with Flippy’s work during a pilot program that they’re expanding to “hire” 100 more Flippys to work at U.S. White Castle restaurants. Miso has also secured ties with the owners of Buffalo Wild Wings, where Flippy Wings operations can speed up wing making by as much as 20 percent.

Additionally, Miso has most recently teamed up with Jack in the Box, another titan in the industry with over 2,200 restaurants. The company will begin a new pilot program for Miso’s Flippy 2 and Sippy product lines to maximize kitchen efficiency and customer service in one of their standalone locations, with plans for further integration in the months ahead.

For restaurants hamstrung by profit margins as low as three percent to five percent, the introduction of Miso robots can be a game-changer, accounting for a boost in margins by as much as 300 percent. And with over 200,000 fast food restaurants in the U.S. that could benefit from their own Flippy system, the door is open for Miso to step in and command a big slice of the burgeoning automated restaurant market.

Numbers like those get investors salivating over more than food, which is why Miso is currently seeking active new investment to help expand its footprint and form even more partnerships. Interested investors can now check out the particulars of Miso Robotics’ current equity crowdfunding campaign, read up on Miso’s plan for global expansion, and decide if an investment in restaurant robot technology is a smart play for their portfolio.

Prices are subject to change.

This article originally appeared on entrepreneur.com 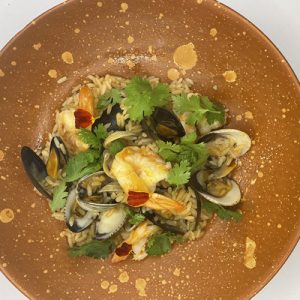 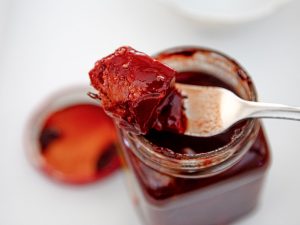