One thing that all Asians can agree on is that the continent probably has some of the best food on Earth. And Pinoy game studio, Chikon Club, is looking to celebrate this aspect of Asian culture through their new game Soup Pot.

Unlike the Cooking Mama series, where players are awarded for sticking to the recipe to a tee, Soup Pot is a cooking game with a heavy focus on creativity, capturing the improvisational nature of home cooking and allowing players to experiment with 100 different dishes.

Beautifully stylized 3D renders of ingredients will be at the player’s disposal to create these dishes and players can cook freely without restrictions. From there, players can then channel their inner Masterchef and plate these dishes however they like.

Chikon Club is aiming to make Soup Pot’s in-game kitchen a welcoming place for home cooks of every proficiency. The game is more about experimenting with food and expressing oneself than it is about following instructions.

Alongside this emphasis on creativity in cooking is an in-game social media mechanic called Cookbook. This is where players will have to ‘stream’ themselves cooking, build their audience and try out new recipes at the behest of their viewers.

The game will prominently feature Filipino, Japanese, and Korean cuisine, with the latter being added in later as a DLC.

Soup Pot is shaping up to be one of the most anticipated and wholesome games to come out of Southeast Asia this year. It will be released sometime in Q3 of 2021 on Xbox One and Steam.

BBC - Travel - The Swedish chef who cooks solely with fire

Tue Apr 13 , 2021
At his Michelin-starred restaurant, Ekstedt, located in downtown Stockholm, chef Niklas Ekstedt brings the natural world indoors. Considered one of Sweden’s most famous chefs, he transforms raw ingredients into fine cuisine solely through the use of fire, ash, soot and smoke – no gas or electricity allowed. 50 Reasons to […] 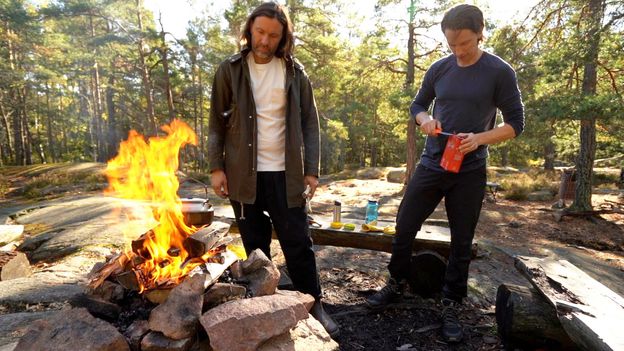