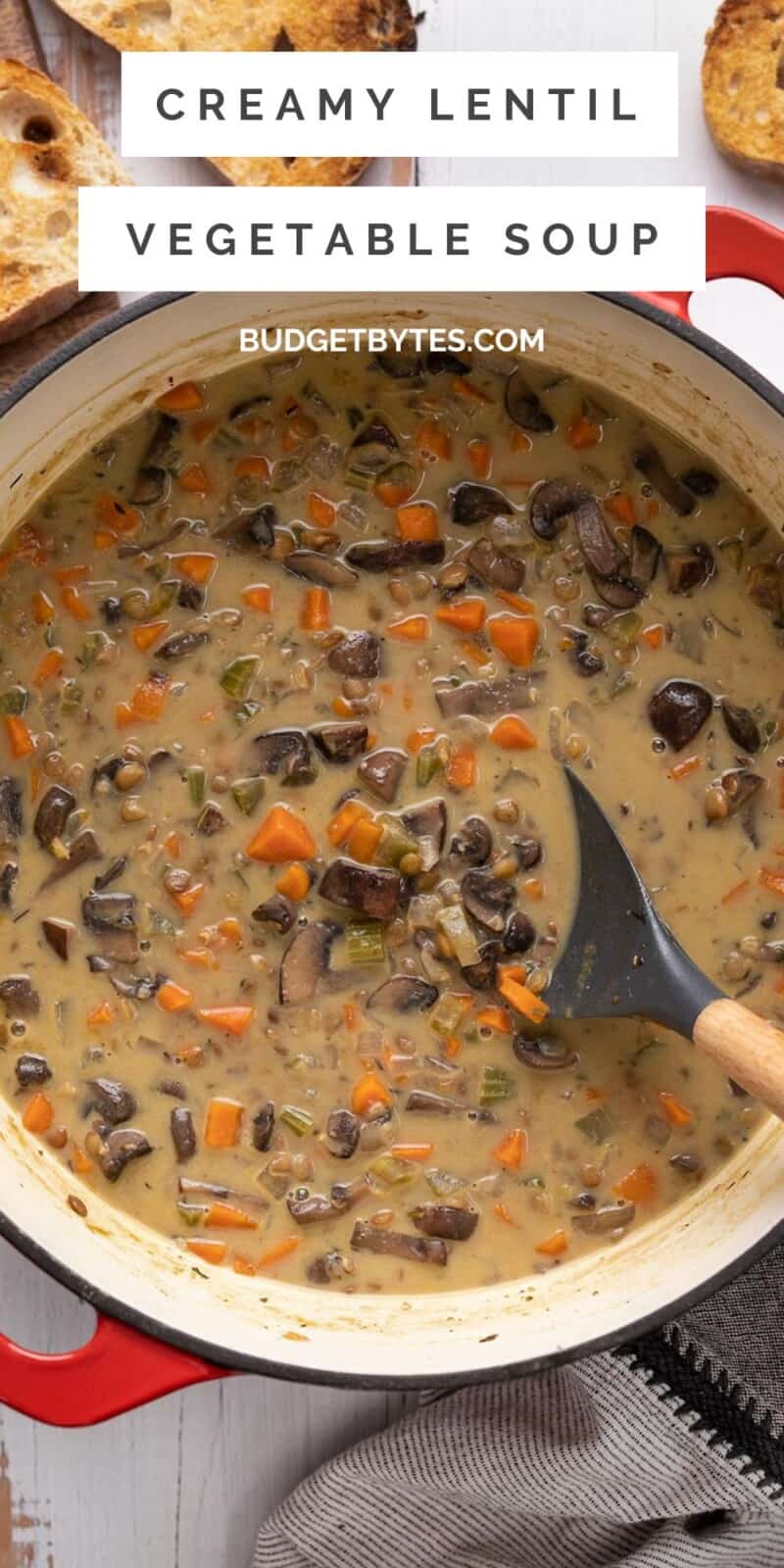 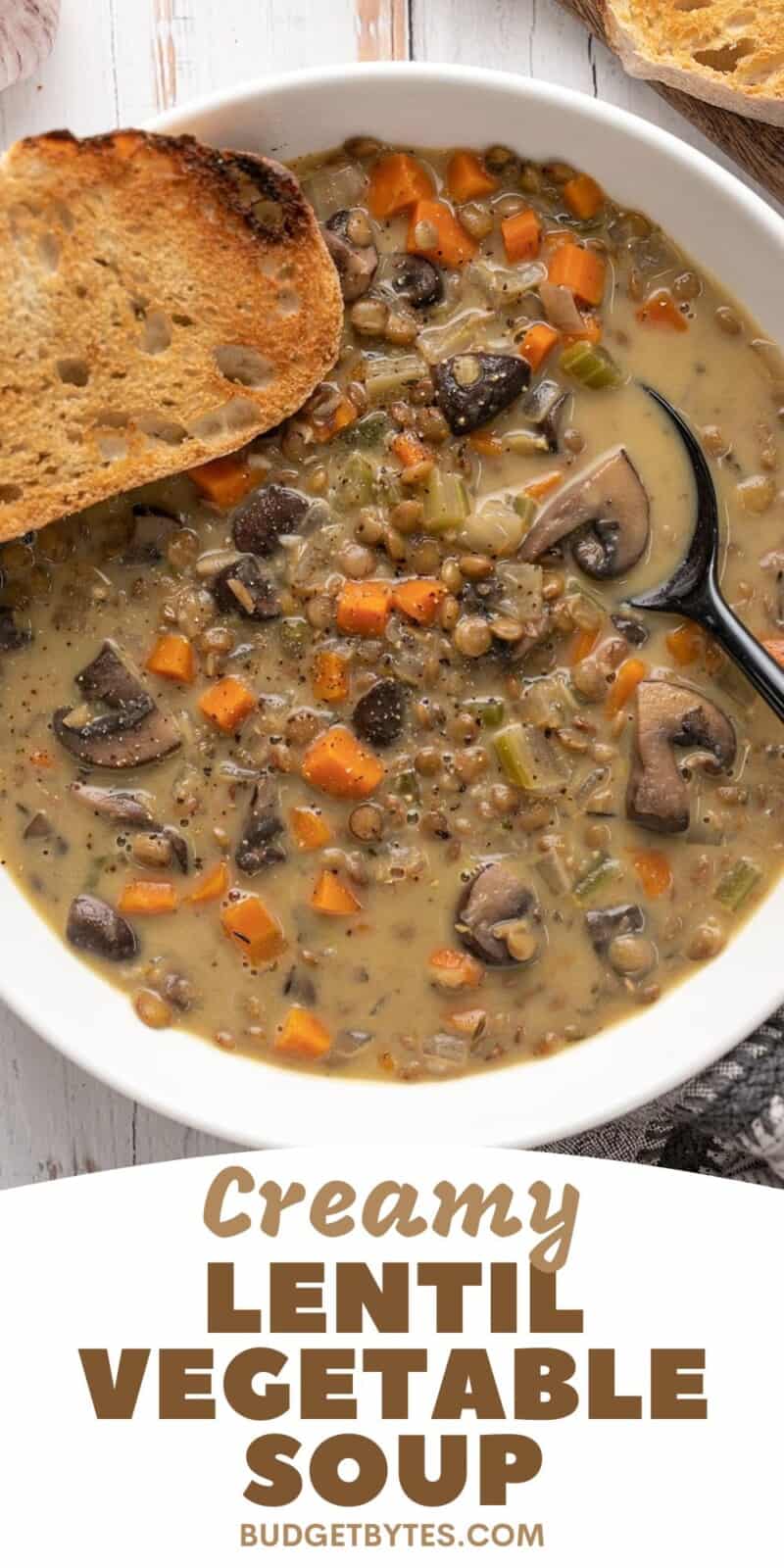 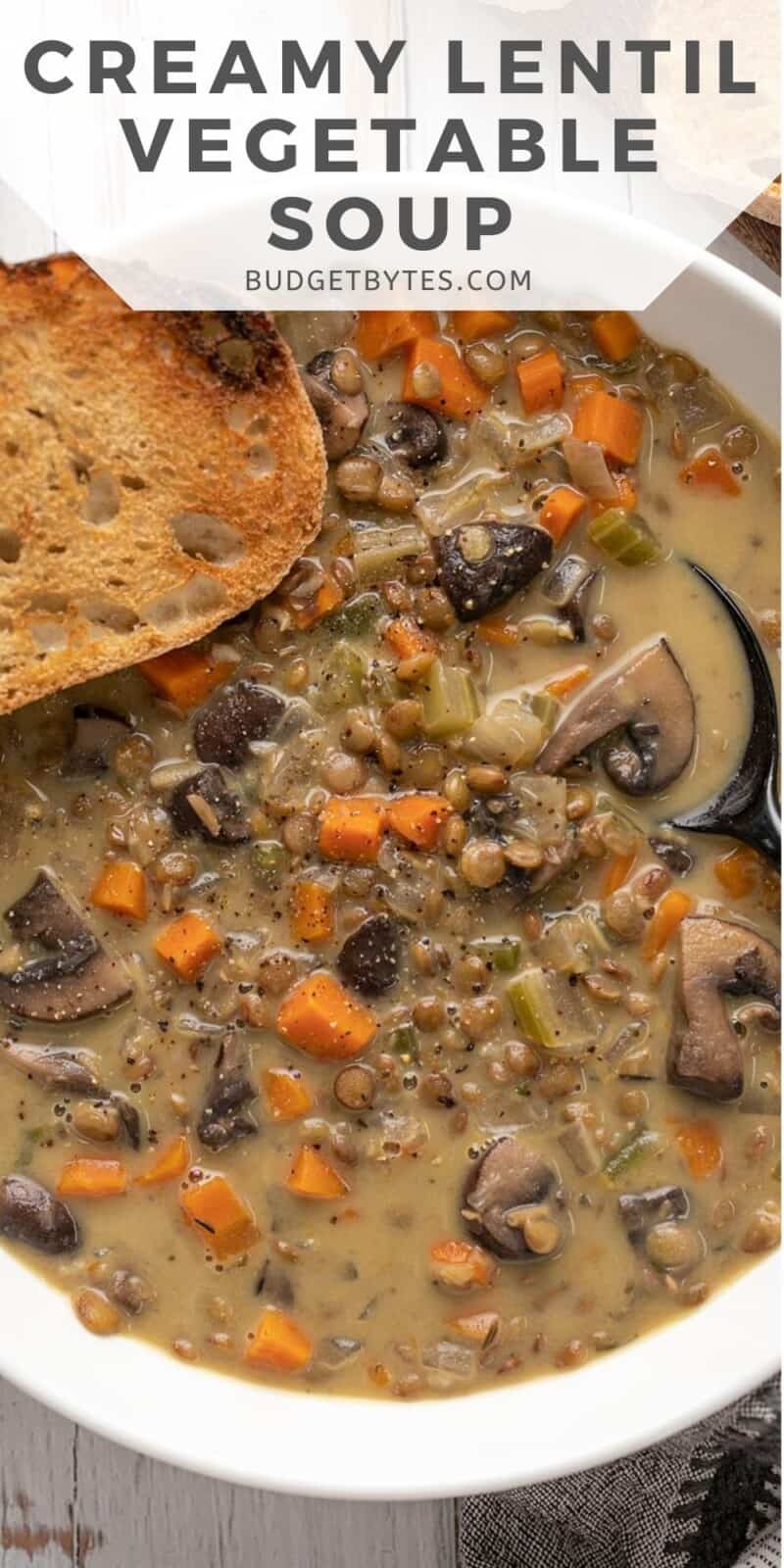 I’m so all about the hearty soups and stews this time of year and I’ve been kind of obsessed lately with using coconut to make savory soups and stews creamy. This Creamy Lentil and Vegetable Soup started out as a lentil mushroom soup, but then I decided to toss in the extra veggies I had in my fridge. The end result was a super cozy bowl full of colors, flavors, and textures that made all of my Autumn cottage-core dreams come true. 🥰

What Kind oF lentils to Use

I used quick-cooking brown (or green, depending on where you are) lentils for this recipe. If you’re unsure of the type of lentil you have, check the cooking instructions on the package. You’ll want a variety that cooks with about 20 minutes of simmering with no soaking required.

I don’t suggest using red or yellow lentils for this recipe because they break down very quickly when cooked and you’ll end up with a texture closer to mashed potatoes than soup in the end.

I used full-fat coconut milk (the kind in a can, not the kind meant for use as a dairy milk alternative) for this soup because it’s an easy way to make soups ultra-rich and creamy without using dairy. If you’re not trying to avoid dairy you can simply use a splash or two of heavy cream. OR, if you want to make this a simply brothy soup, just skip the cream all together!

What to Serve with Creamy Lentil Vegetable Soup

This creamy, cozy soup is just begging for some good bread for dipping. Whip up a batch of some homemade no-knead bread or soda bread and you’ll be in heaven.

To store this soup, first divide it into single-serving portions to facilitate quicker cooling. Store the soup in the refrigerator for 4-5 days, or once chilled, transfer to the freezer for longer storage (up to three months). You can reheat the soup in the microwave or in a sauce pot over medium-low heat, stirring often.

This Creamy Lentil Vegetable Soup is a medley of colors, flavors, and textures all in a hearty and inexpensive bowl. It’s vegan, too! 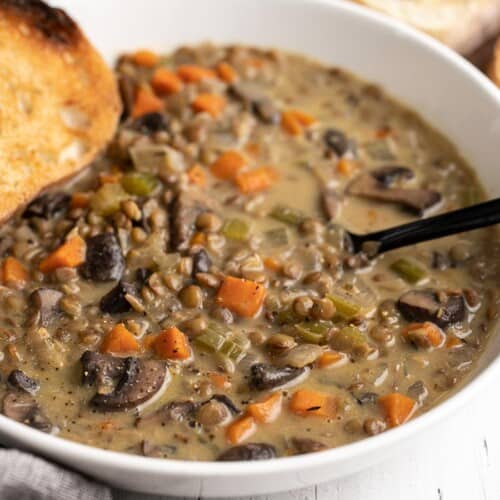 Rinse 16oz. mushrooms to remove any dirt or debris, then cut them into thick slices. Add the sliced mushrooms to a large soup pot along with 2 Tbsp cooking oil and a pinch of salt and pepper.

Sauté the mushrooms over medium heat until they’ve released all of their water and the water has evaporated from the bottom of the pot.

While the mushrooms are sautéing, dice three carrots, dice three ribs of celery, dice one yellow onion, and mince two cloves of garlic. Add the onion, celery, carrot, and garlic to the pot along with ½ tsp dried thyme, ½ tsp rubbed sage, and ½ tsp rosemary.

Continue to sauté over medium heat until the onions are soft and translucent.

Add one cup of uncooked brown lentils to the pot along with three cups of vegetable broth. Stir to combine.

Place a lid on the pot, turn the heat up to high to bring the soup up to a boil, then immediately turn the heat down to medium-low. Let the soup simmer over medium-low for about 20 minutes, or until the lentils are tender.

Add one 13.5oz. can of full-fat coconut milk to the soup and stir to combine. Let the soup simmer for an additional five minutes.

Taste the soup and add salt and pepper to taste. Remember, adding a bit of salt helps amplify the flavors in the soup. I added about ½ tsp salt and ¼ tsp freshly cracked pepper.