Detroit — “Cooking in the D,” the program that has prepared, trained and placed more than 1,400 adults with developmental disabilities in jobs with dozens of employers in recent years, has new digs. Officially, at least.  Begun in 2012 at Detroit’s Eastern Market, nonprofit Services to Enhance Potential launched its first culinary arts program […]

Detroit — “Cooking in the D,” the program that has prepared, trained and placed more than 1,400 adults with developmental disabilities in jobs with dozens of employers in recent years, has new digs.

Begun in 2012 at Detroit’s Eastern Market, nonprofit Services to Enhance Potential launched its first culinary arts program that has since grown into two locations, one at St. John’s Episcopal Church in Westland and another on Conner Avenue in Detroit.

The program at 2900 Conner, Building B has been operating since early February but due to COVID-19 restrictions, officials couldn’t properly hold an opening event.

With Gov. Gretchen Whitmer announcing her plans to remove all COVID-19 restrictions in the state by Tuesday, it was deemed the perfect time for the program to launch an open house event, said STEP president and CEO Brent Mikulski.

The open house Thursday featured a ribbon-cutting by head chef Danielle Love and a group lunch of salads, sandwiches and desserts prepared by participants of the program.

Mikulski said the program originated after organizers realized how many people with developmental disabilities felt that their only option for food is a fast-food drive-thru.

“We realized that there’s a number of folks that we serve that would either benefit by learning how to eat or prepare meals more healthily and become better at doing those things rather than having a routine practice of driving somewhere and ordering a meal by a number,” said Mikulski.

Not only are participants being taught about healthy eating, but the skills they learn can turn into possible future employment options.

Participants are led by a licensed chef who helps them prepare a menu, shop for ingredients and cook the meal before sitting down to enjoy their creation as a group.

“I teach basic cooking skills and our goal is to learn how to conduct ourselves in the kitchen,” said Love.

Due to social distancing policies in place, the program classes hold between 10 and 12 students.

“In addition to cooking, we learn about what types of things need to be refrigerated and for how long, how to color code chopping boards in order to stop cross-contamination and proper hand-washing techniques,” said Love.

Jessica Jackson, 36, of Detroit, has participated in the program since 2015 and says the experience completely changed the way she thinks about food.

“I used to get a lot of takeout,” said Jackson. “But now I know how to cook burgers, egg rolls, salads and pasta salads.”

Jackson no longer relies on takeout to sustain herself, and has been cooking at home and is learning how to grow her own vegetables.

“Our goal is more than teaching about healthy eating and training for employment,”said Mikulski. “There’s also the social aspect of sitting down together and eating the lunch they made as a group.”

“I’ve made a numerous amount of friends,” said Jackson.

Cooking in the D

Individuals interested in participating in the Cooking in the D program must be eligible for Medicaid in Wayne County and have an intellectual/developmental disability and/or a severe and persistent mental illness.

How To Cook Eggs, According to the Founder of Egg Shop

Tue Jun 22 , 2021
The quest for the perfect food may be elusive, but eggs come pretty darn close. They’re affordable, accessible, nutrient-rich, and there are so many ways to cook them. Eggs are the potato of protein. Like the spud, they can be worked into any meal of the day and always taste […] 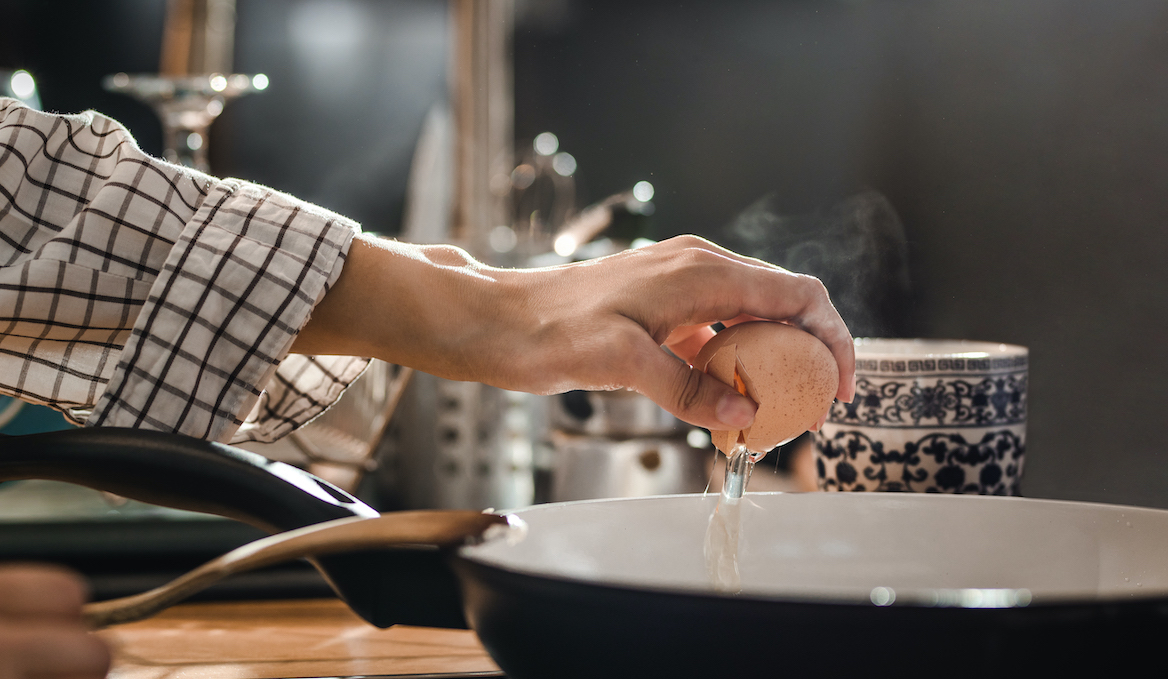