He’s carrying on a family tradition. His father was a gifted gospel singer who drew crowds at concerts from Detroit to New York City with his rich voice and endless charitable work, all performed in addition to his day job of working as an Albany hotel cook. Now, John Williamson’s own son., Hezekiah, is the next generation to serve the community through the ministry’s fitness program.

One of Heart of Love’s most popular events is its annual youth basketball tournament which is July 30 at the Christian Plumeiri Sports Complex at 20 Frisbe Ave. in Albany from 10 a.m. to 5 p,m. for ages 5 to 18. If it rains, the location will move to Albany’s Stephen and Harriet Myers Middle School at 100 Elbel Court). Williamson emphasizes that basketball players don’t need to arrive wearing Nikes or Chuck Taylors to have fun playing.

“The kids can just show up in shorts and shirts and their favorite sneakers to register,” Williamson said.

There will be free refreshments and live entertainment plus a job fair for job hunters. Officials from city mental health agencies to signs of mental illness and how to get skilled, confidential counseling and therapy. The social isolation of the pandemic and Albany’s plague of street violence have taken their toll on the low income neighborhoods Hearts of Love serves.

The 3-on-3 tournament offers a chance for neighbors to gather and celebrate. The Williamson family has organized it for decades.

“We got a grant to move Hearts of Love into a building finally and I think I’ve found the perfect place,” Alexis said.

Kids who want to play are divided into two groups. Registration for ages 5 to 12  should arrive at 9 a.m. to register for the game that starts at 10 a.m.

And once again, they ask attendees to bring a package of newly purchased underwear or socks for newly released inmates who are rejoining free society. Helping the newly released is another Heart of Love ministry called Welcome Home. Williamson’s wife, a former social worker, oversees the re-entry program for former inmates looking for jobs and ways to reconnect with family. Therre will be sign up sheets at the tournament for all Heart of Love programs including a Thanksgiving meal giveaway and a Christmas toy giveaway.

The tournament will have a special guest: Kaiden Star Rice. age 11. The Fort Edward child suffered severe brain injuries when she was just 4. Doctors said at the time that they did not expect her to survive.

“My wife and I went to the hospital to pray for her and visited her all the time,” Williamson remembered. “We just felt it was something we had to do.”

Of course, he continued working full time on his job and on Hearts of Love while praying for Kaiden, who had to undergo skull cap replacement surgery.

Doctors are still amazed that not only did she survive, but she began recovering and relearning to talk and walk. And the Williamsons became her friends and cheerleaders.

Williamson always cobbles together money for trophies to give to the tournament players. At the July 30 games, he’ll have a special trophy for Kaiden’s victory in a tough battle of her own.

Sun Jul 10 , 2022
[ad_1] FORT WAYNE, Ind. (WANE) – The 53rd yearly A few Rivers Pageant is back again, and a supporter-favourite occasion returns. For two yrs, the festival hasn’t been at full power, but now Three Rivers is again. Although it was continue to incorporated past calendar year, one of its most […] 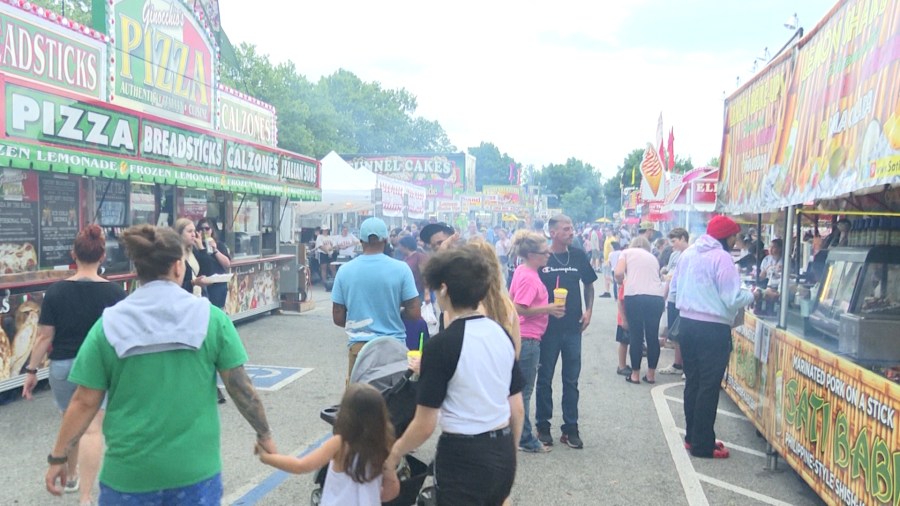