© Joy Nnenna/Shutterstock
At Brooklyn’s BUKA, Nigerian Authenticity Is On the Menu

This story is part of an ongoing series in honor of Black History Month on the diversity, roots and evolution of Black cooking and cuisine in America.

If ever there was evidence that West African food is hitting the mainstream in America, it’s the fact that fufu videos are blowing up on Tik Tok. A staple throughout countries like Ghana and Nigeria, fufu — which means mash or mix — is a stretchy, doughy food made from boiled and pounded starch like yam, plantains or cassava.

But for Lookman Afolayan, chef and owner of BUKA in Brooklyn, New York, West African cuisine isn’t some trend to be chased. The 53-year-old Nigeria-born chef opened his restaurant in 2009, well before there was Tik Tok. For him, the food of his homeland is like music.

“Do you see the difference between Beethoven and African music?” he asks. “Beethoven is for listening, whereas African music is fun. That’s how I can describe the food. It’s like real flavor, just like how you hear every drum in African music.”

One of Afolayan’s favorite aspects of West African cooking is how natural and fresh the ingredients are. “It has to be fresh tomato, fresh pepper, fresh everything,” he explains. “If you cook freshly, the taste is very different from just cooking from a can.”

At his restaurant, he estimates that 99% of the ingredients he cooks with are completely unprocessed. Since some, like locust bean, alligator peppers and calabash nutmeg are still not readily available in the United States, Afolayan imports a few ingredients straight from West Africa himself.

West African cuisine’s use of unaltered ingredients stems from its farming history that dates back to 3000 BCE. As farming techniques spread across West Africa, people in Nigeria, Ghana, Liberia, Senegal and Sierra Leone grew a variety of crops like millet and sorghum that are now staples in West African cooking.

When West Africans were forced into slavery in the Americas during the 16th century, they planted their own gardens full of fruits and vegetables native to Africa. Enslaved African chefs also developed cooking methods for frying fish, grilling meat, stewing greens that are still used today. But some true treasures of West African cuisine, like fufu and egusi (a type of melon seed) remained more elusive.

Afolayan is breaking down that knowledge barrier with his authentic West African restaurant. The Brooklyn-based hot spot offers a cornucopia of Nigerian dishes and street food, from the menu’s West African land snails, also known as igbin, down to its most popular dish, egusi.

“I focus solely on Nigerian food,” says Afolayan. “Whatever you get in my restaurant is what you’re going to get anywhere in West Africa or Nigeria.”

The Nigeria-born chef got his start working at a small grocery store in New York. Shortly after being hired, he began cooking Nigerian food at the store and it became very popular.

“People were after my cooking,” he recalls. “They would always ask me, ‘Lookman, when are you going to open a restaurant?’”

After leaving the store for nearly a decade to pursue other employment opportunities, Afolayan opened BUKA in 2009 and never looked back. Now, almost 12 years later, Afolayan’s restaurant continues its tradition of serving authentic West African food. The Nigerian chef attributes his success to telling the truth through food.

“If [people] come here what they have to know is that nothing is fake,” he says. “If flavor is what you want, I’ll give you real flavor.”

Afolayan explained that Nigerian cuisine doesn’t have much colonial influence, which is why every ingredient that he works with is true to West African culture. So he only uses real Nigerian spices and seasonings that his ancestors have been using for thousands of years.

One West African ingredient that Afolayan incorporates into his cooking is the locust bean. Neither an insect nor a bean, the West African locust is actually a tree that can grow up to 65 feet tall. The fruit that grows on locust trees contains pods filled with an orangey syrup that’s used as baby food and to sweeten drinks.

But the tree’s most coveted treasure is its seeds, which are found inside the pods and packed with minerals like calcium and iron. During times of famine, they can provide a literal lifeline. The seed’s most sought after product is dawadawa, an extract that comes from boiling, pounding and rendering down the seeds into sticky balls. The fermented material is said to smell like a really strong cheese. Dawada is often found in soups and stews, it can also act as a handy meat substitute because of its flavor and nutritional properties.

At BUKA, Afolayan uses locust bean in two of his sauces: okra sauce and gbegiri sauce (a traditional Nigerian soup made from crushed beans). In one of BUKA’s main plates, goat and tripe are cooked in the okra sauce with dried fish, dried shrimp and stock fish and served with fufu. Gbegiri can be served by itself, but at BUKA it’s served with cornmeal fufu.

In addition to locust bean, Afolayan often cooks with egusi, a type of melon that grows widely in parts of West Africa. Egusi melon closely resembles a watermelon, but unlike a watermelon you can’t eat the pulp of egusi; instead it’s harvested for its seeds.

For cooking, dehulled egusi melon seeds can be roasted and eaten right away. But the seeds can also be pounded, roasted and turned into a paste that has a consistency comparable to peanut butter. Egusi seeds can be added to soups and stews, or you can even extract the oil and use it for cooking.

According to Afolayan, egusi is BUKA’s most popular dish. He grinds up the melon seed and serves it with steamed spinach and dried fish. For dinner, Afolayan said he leaves the fish out to keep the meal vegetarian friendly and instead cooks the ground melon seed with palm oil, a technique that brings out the flavor of the egusi just as effectively.

But for Afolayan, the key to making great food is time. Even something as simple as chicken requires patience and a commitment to amplifying each ingredient’s natural flavors. At BUKA, the chicken stew is made completely from scratch. And rather than simmering chicken in water to make stock, Afolayan puts the chicken in a pot with onion and of spices and cooks it with no added water over very low heat for a very long time.

He finds that cooked this way, liquid is coaxed out of the chicken without diluting the flavor. “You will get a real chicken broth,” he says. “Like a real one, not the one in the can.

That principle of patience and time is a theme across BUKA’s entire menu. The same technique for cooking chicken is used when preparing beef, fish and other staple menu items. There are no shortcuts here.

And the proof is in the success. After more than a decade, BUKA is a staple in the Brooklyn community, providing comfort to homesick Nigerians and educating newcomers under one welcoming roof.

“It’s unbelievable the kind of support we’re getting from the community,” Afolayan said. “If you stay with what you know and you don’t fake it, everybody will show up.”

More from The Daily Meal:

At Brooklyn’s KOKOMO, the Diversity and Harmony of Caribbean Food Are on Full Display

Thu Feb 18 , 2021
Outside of China, Chinese food ventures far beyond Americanized dishes like chop suey and General Tso’s Chicken. This remarkably versatile cuisine – born of centuries of immigration, persecution, and scarcity – has been reinvented repeatedly as required by custom and circumstance. Here we explore the history of three very different […] 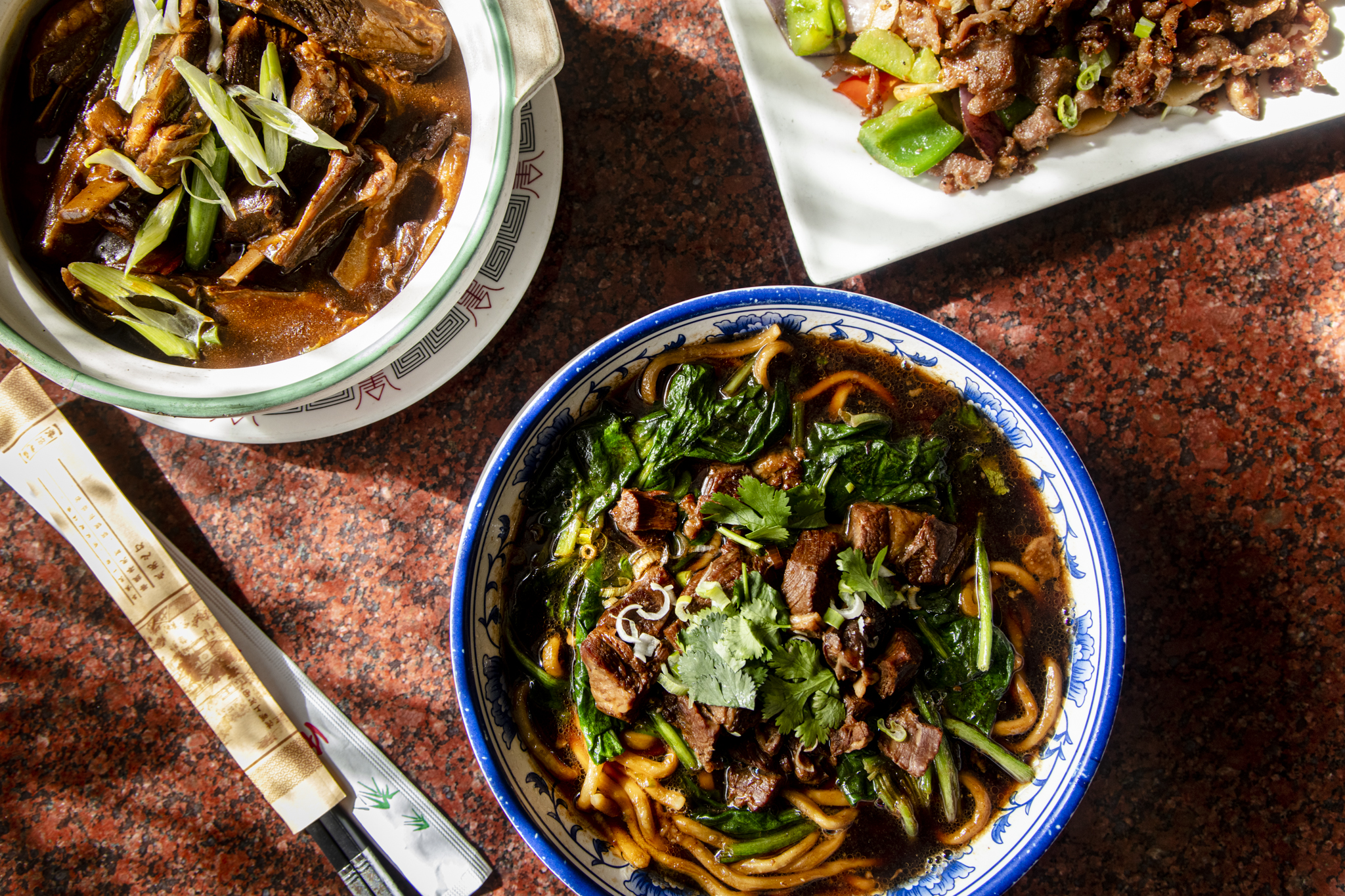