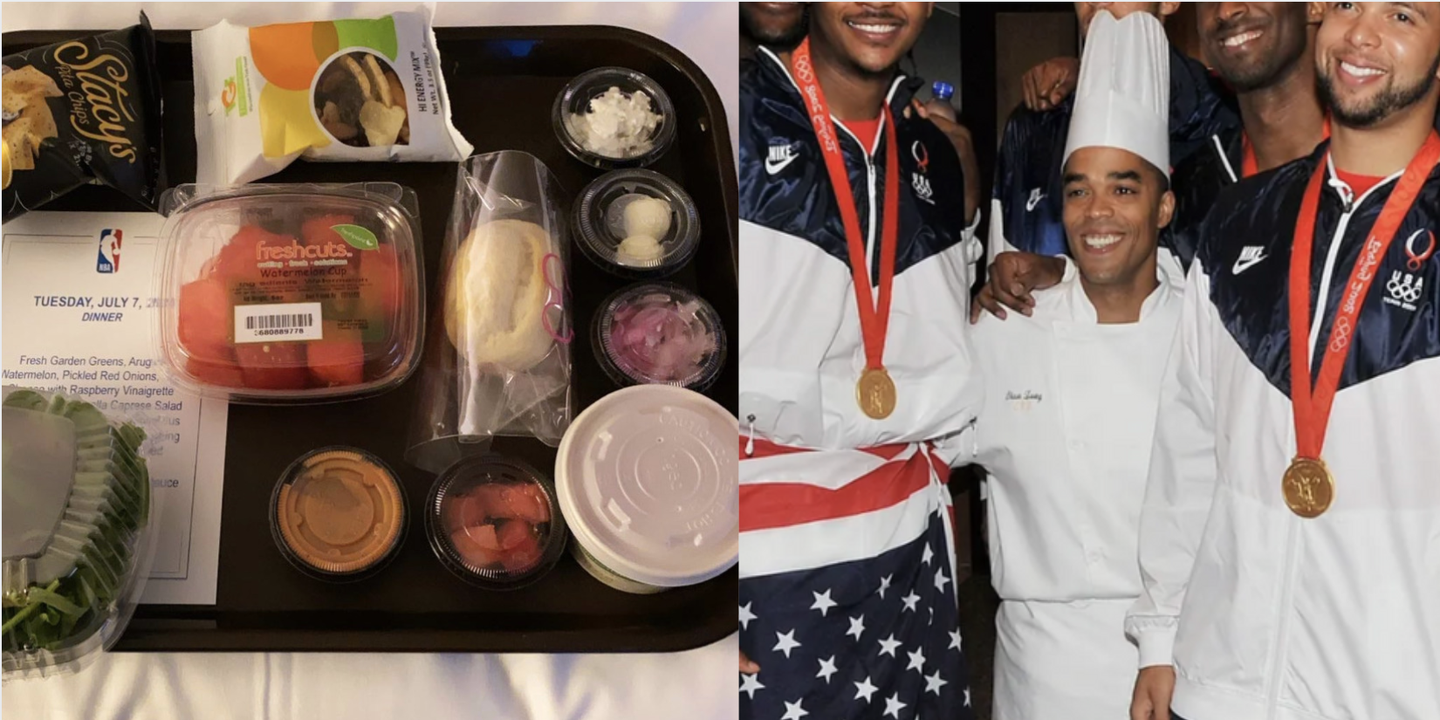 In mid-July, NBA players began arriving to the “NBA Bubble” in Disney World’s ESPN Wide World of Sports. Photos of their less-than-desirable food options quickly turned into memes, and although those photos only showed the food they were given for the first 36 hours in Le Bubble, the league brought in chef Shawn Loving to fix the problem.

Shawn Loving is an executive chef for Team USA basketball, so he has experience cooking for elite athletes in larger quantities. Though it’s unclear just how many people are in the NBA bubble, The Daily Beast reported that Loving feeds about 125 people in three different waves of meals. A team’s practice and game schedule will affect when and how they eat, such as a pre-practice smoothie or a post-game recovery snack.

When NBA players first started arriving, they were tested for COVID-19 and then