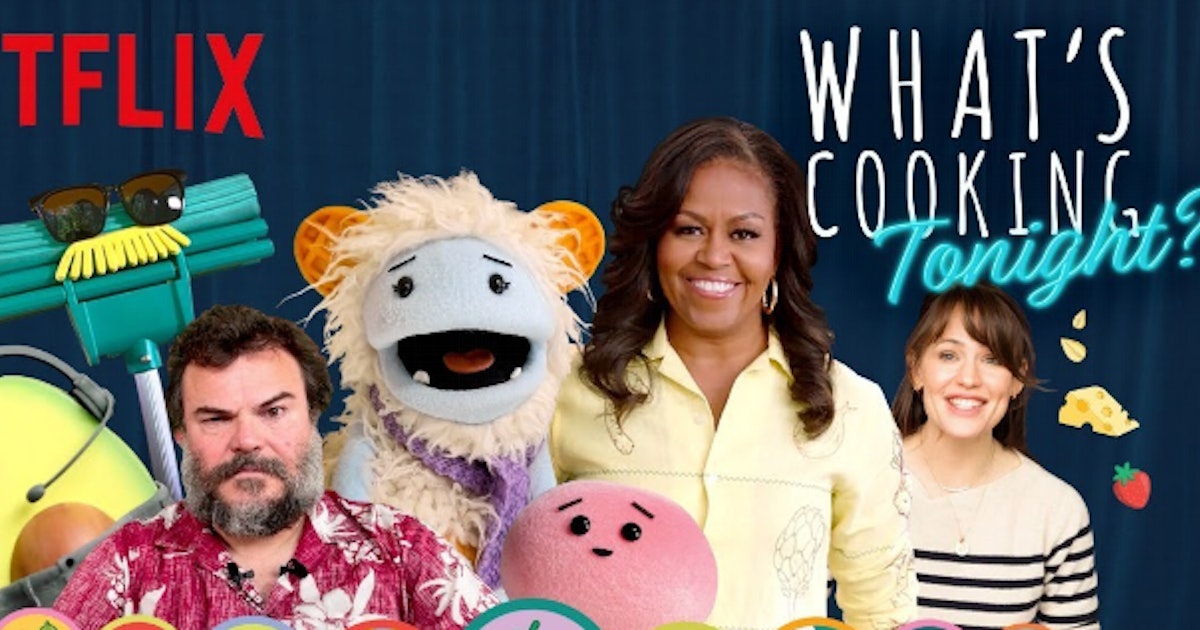 If you and your kids can’t get enough of the genuinely excellent new spate of food programs, here’s an amazing one to add to your roster. Jennifer Garner joins Waffles + Mochi as a talk show host helping families plan out healthy dinners. It’s a special event on YouTube premiering on Mar. 27 at 10 a.m. PST and will feature fun celebrity guests like the puppets Waffles and Mochi themselves, Jack Black, and of course, Michelle Obama, the woman who started it all.

Waffles + Mochi is the new cooking show for preschoolers starring two puppets, Waffles and his pal Mochi, who dream of becoming chefs even though they live in a frozen land where every meal is just ice cube after ice cube. They eventually find a supermarket owned by none other than Michelle Obama and find themselves meeting all sorts of new friends all over the world

Michelle Obama dedicated her time in the White House to educating Americans on the impact of food, nutrition, and healthy cooking, and she is continuing that work even while no longer First Lady with her new Netflix children’s show, Waffles + Mochi. Obama recently revealed, however, that her vast culinary knowledge doesn’t quite extend to her husband, former president Barack Obama.

In a new interview with E!’s Daily Pop, the former First Lady shared that her husband has three core meals he makes for their family, but that cooking isn’t a part of the president’s daily repertoire.

“He came cooking,” Mrs. Obama told E! of when she first met her husband, “but he had like, sort of, his three recipes.”

According to Obama, her husband’s signature dishes include “a mean chili, a good stir-fry, and great omelets. So, he had kind of his 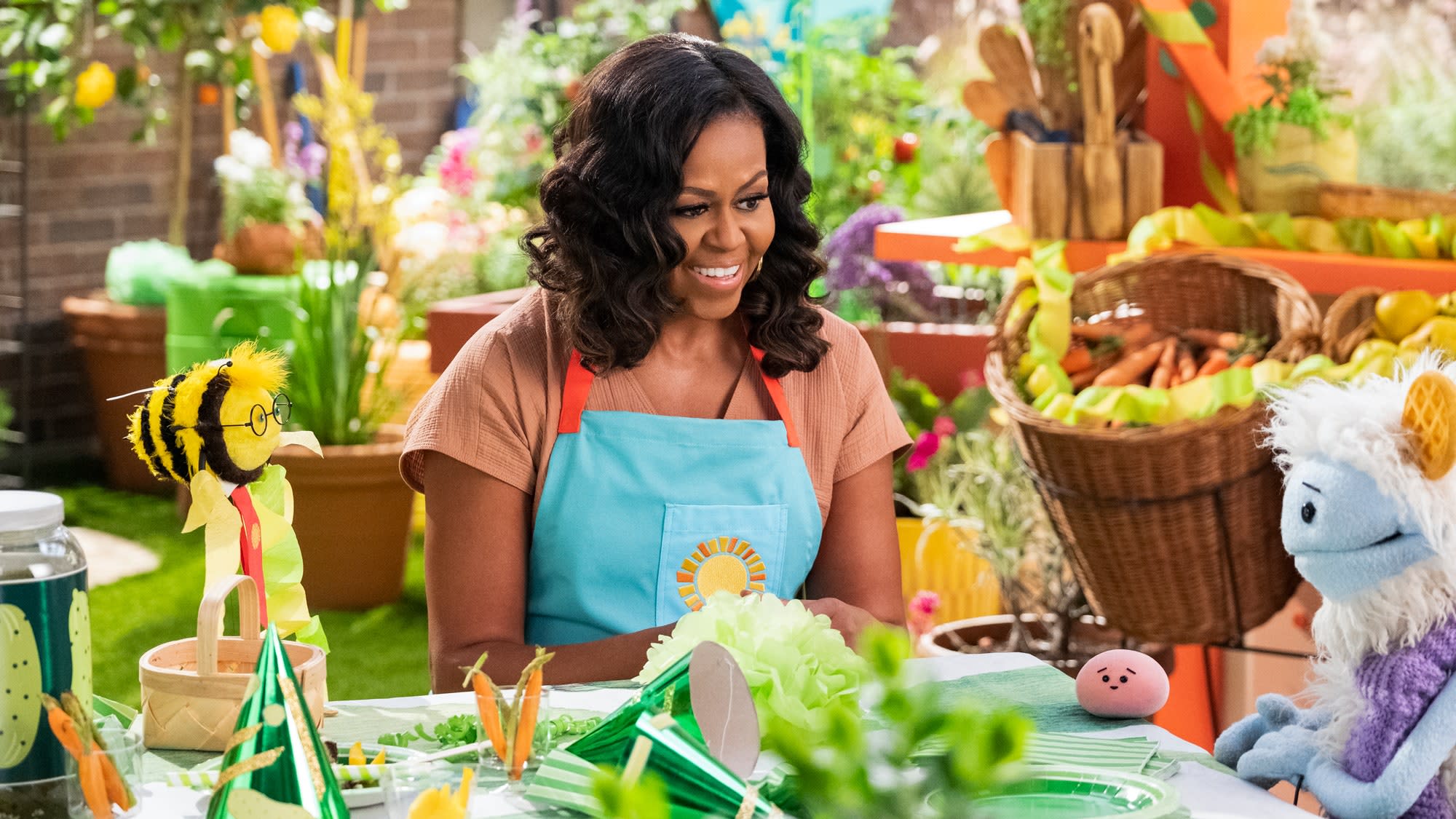 Every other Wednesday, Bon Appétit executive editor Sonia Chopra shares what’s going on at BA—the stories she’s loved reading, the recipes she’s been making, and more. If you sign up for our newsletter, you’ll get her letter before everyone else.

As someone with a deep appreciation for food culture, children’s media, and Michelle Obama, I responded to news of Waffles + Mochi, the new kids show produced by and featuring the former first lady, with a lot of exclamation points and heart-eye emojis. The show’s title refers to the two puppet stars, who escape the Land of Frozen Food (where everything they cook turns to ice!) and embark on a series of food adventures that take them around the world. And they meet some really smart and fun chefs along the way, including some of my own cooking idols: Samin Nosrat, Preeti Mistry, Mashama Bailey, 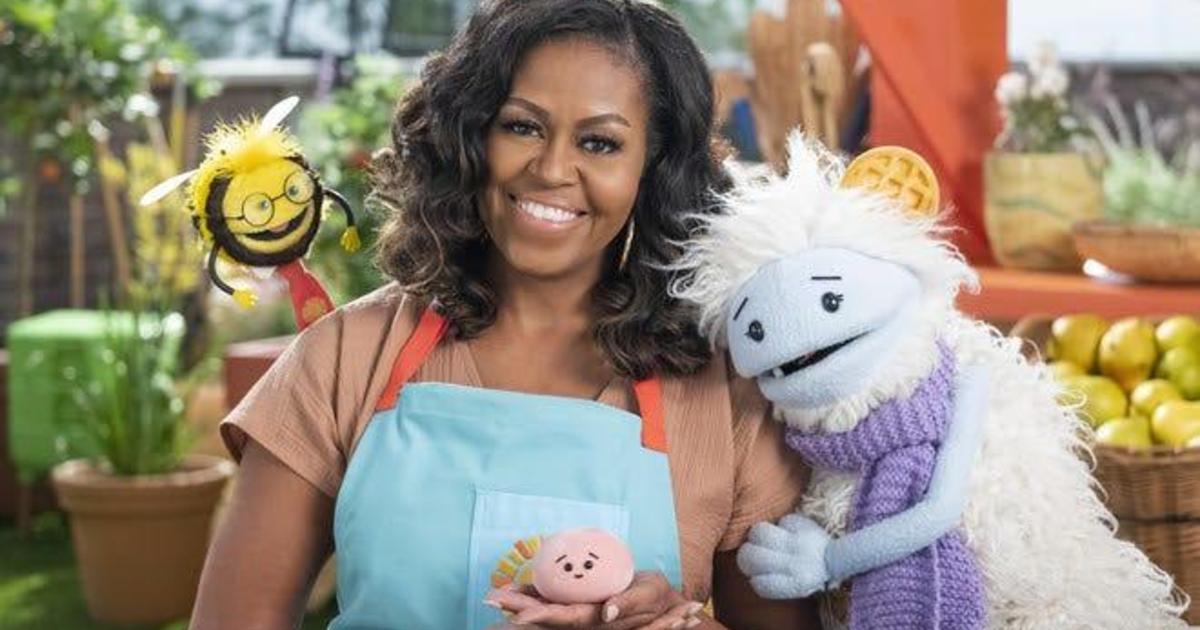 Former first lady Michelle Obama is returning to Netflix, this time to debut a new children’s food show with a pair of puppets. She says she hopes it will “bring a bit of light and laughter to homes around the world.”

On Tuesday, she announced that she’s teaming up with the streaming giant for the new series called “Waffles + Mochi.” The show starts streaming on March 16 and will be “all about good food: discovering it, cooking it, and of course, eating it,” Mrs. Obama shared in an Instagram post. She will be both a star and an executive producer of the series.

The show centers on two puppet friends, Waffles and Mochi, who dream of becoming chefs and travel across the world looking for ingredients and making dishes “alongside renowned chefs, home cooks, kids and celebrities,” according to a press release from the show.